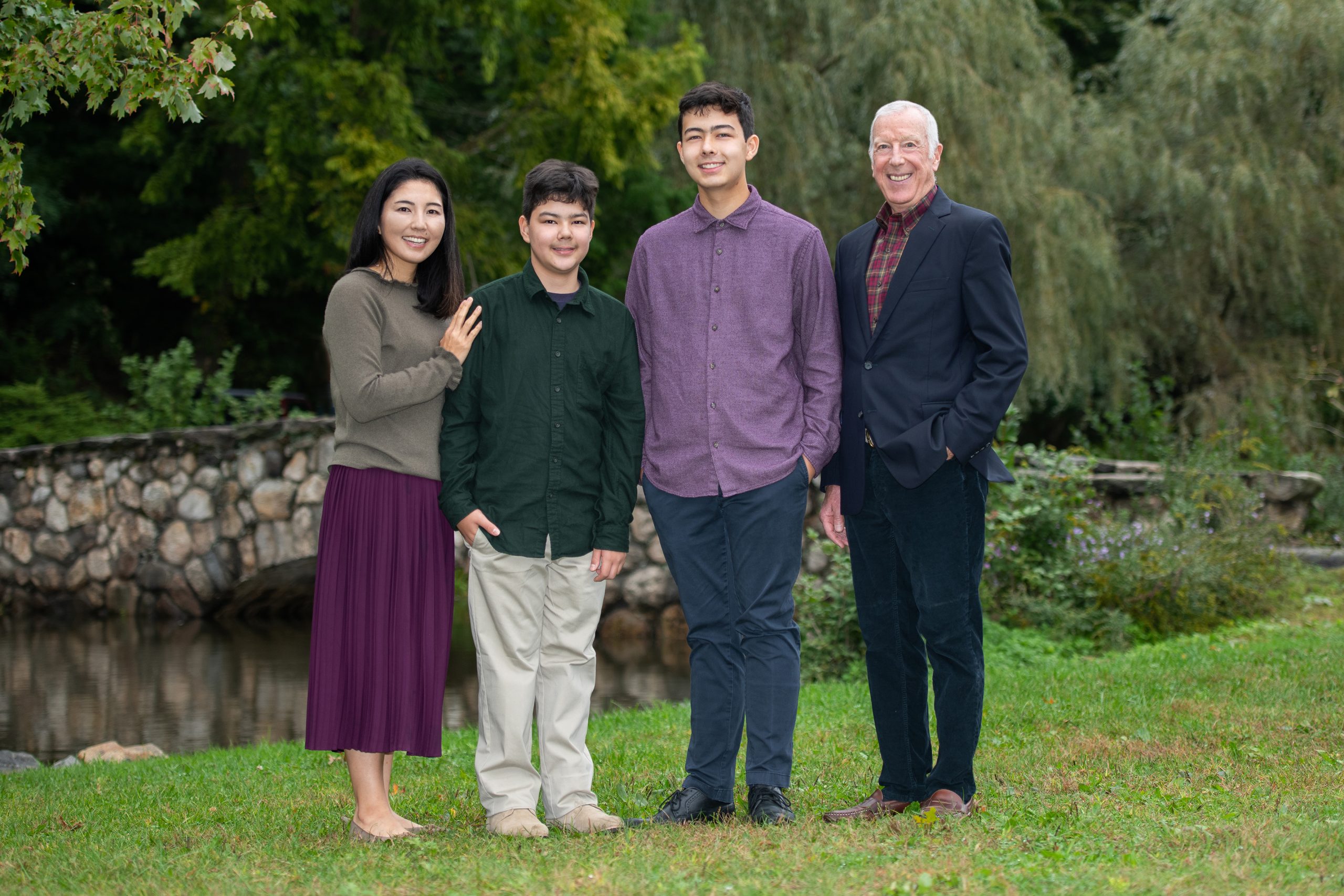 Bruce resides in neighboring Old Greenwich, Connecticut, with his wife, Kanako, and two teenage boys: Ewan, who plays cello, and Evan, a jazz trombonist.  Bruce joined the Board of Friends of Music Concerts in the summer of 2021, just in time for Friends of Music’s first live concert series since the pandemic necessitated a transition to remote performances nearly two years earlier. He attends all Friends of Music concerts with his team – Kanako and the boys – who assist the Board in the various concert-night tasks necessary to provide an enjoyable musical performance for the audience.

Bruce is a member Friends of Music’s Grants Committee with Chair Rosella Ranno and serves as the Board’s first Legal Officer. He is currently a Partner and Co-Chair of the Corporate and Securities, International, and Technology Transactions practice groups at the law firm of White and Williams, LLP, posted in the firm’s New York City office. He studied as a graduate student and later worked as an attorney in Tokyo, Japan, for nearly twenty years before moving to Old Greenwich with Kanako in 2006.

MUSICAL NOTES:  Bruce grew up in a family of musicians: Dad played the organ, piano, tympani, and drums and briefly had his own dance band; Mom played classical flute; and sister Carol graduated with a degree in music from Bowdoin College and was a concert flutist.  Alas, Bruce tried his hand briefly at piano and clarinet but was not suited to excel as a musician. He eventually decided to satisfy his love of all things musical by attending as many live performances as he could and compiling an extensive collection of recordings, which run the gamut from big band, bebop, and acid rock, to opera, show tunes and, of course, nearly all periods and genres of “classical.”

For 69 years in our annual concert series, Friends of Music Concerts has brought to Westchester the world’s finest chamber music performed by supremely gifted artists. We also support music education by scheduling young professional ensembles to work with students in Westchester public schools, helping create the audiences and classical musicians of tomorrow.